Good Idea! I’ll Do It Tomorrow!

Have we wasted the last 60 years? Some think we have based on information available to us. In 1955 Bonnie Prudden and Hans Kraus completed a report that came to be known as “The Report That Shocked the President”. The report was about the inactivity of American children. The report led Dwight Eisenhower to form “The President’s Council on Youth Fitness” with cabinet level status. This council has been on every President’s agenda to some degree since. Later this council developed what is known today as the President’s Challenge. We all should remember this from our school days. During George H. Bush’s presidency, Chairman Arnold Swarzenegger visited all 50 states to advocate for daily, quality physical education. This led to the “Great American Workouts” held on the White House lawn.

So, what’s my point? Over 60 years ago childhood obesity was a huge concern causing reports like the one that, “Shocked” the President! Why isn’t it working? I am sure there are many out thier with a guess. I think we hear reports like that and are briefly appalled and make small commitments in our minds to “fix” this problem “TOMORROW”, not today, “I just have too much to do”! We live a “Microwave Era”, wanting things hot, fast and to go! Time has become so precious to squish so much into so little. In a way our current challenge is to get 6 gallons in a 5-gallon bucket!

Read the CDC (Center for Disease Control and Prevention) facts below and see that we are heading down a very, very dangerous road!

“We only get ONE body in this Lifetime! Let’s Feed it well, Treat it right and USE IT!! 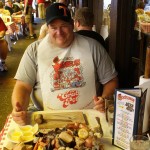 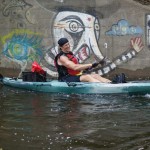